I really wanted to take a second to speak on King Parrot‘s excellent video for Shit On The Liver, for a few reasons.

Alot of Australian metal has some pretty negative stigmas around it. Many dismiss it as not being as good as international metal, simply because we’ve never really birthed our own particular sound, style or sub-genre. Australian metal does not have pioneering kudos behind it like Swedish Death Metal, NWOBHM or the later NWOAMH. We seem to see what it is that we like first, and then try to, maybe ambitiously, break the record for that particular style. The recent documentary on Australian Metal throughout the years, Metal Down Under, lays all of this bare. We have trouble getting noticed at first by international audiences, but as a band garners attention and travels overseas to support their brand, time and time again there has been a backlash against the band back in Aus. We have a funny kind of tall poppy syndrome in this country in regards to heavy bands, we like you to stay at just the right height. Bands like AC/DC, Psycroptic, Segression and Alchemist all have similar stories to this.

King Parrot have been garnering alot of attention lately, and deservedly so, but I was really excited by their video, as it showcases a distinct visual style, an actual narrative and has a real air of quality around it. I’ve never seen a music video by a heavy australian band ever look or feel as good as Shit On The Liver does. So many budget Australian metal videos do not much more than fit to a stereotype. They squeeze in some bad green screen effects, have the band mime the songs on their instruments, and repeat ad-nauseum. But King Parrot vocalist Matt Young explains in Metal Down Under that they shot and edited the video for Shit On The Liver in one afternoon, a product of having a simple idea and running with it. It’s not the greatest music video in the world, it’s clearly a very low budget video, but they tried to do something creative that fit with their style and they pulled off something really special that is funny, threatening and unpretentious.

Or maybe I just have a soft spot for thrashy tunes juxtaposed with a group of men looking forward to enjoying a Bonnox and an early night in.

I’d also like to quickly mention, the boys walk down a particular part of Smith St, which at the time of the video housed the Smith St Portrait Project. Around that time, a housemate of mine, Meaghan Ross had lost a long battle with cancer, and she had been photographed for this project not long before she died. I think of her everytime I see this video. Much love, always, Meaghan. 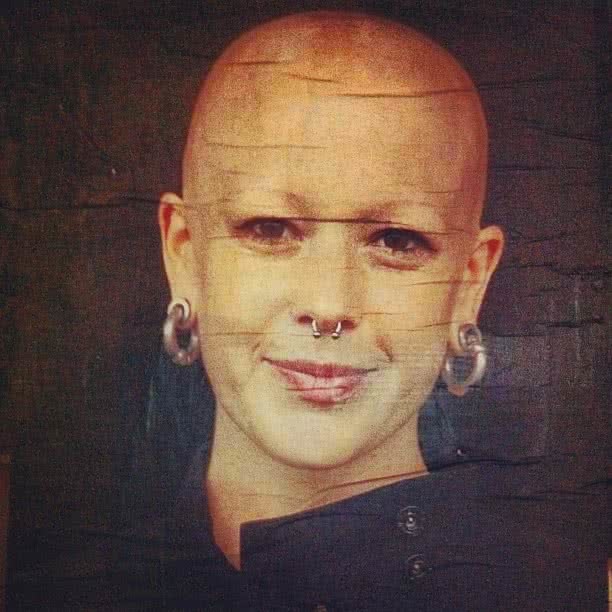